I was very interested to review these products especially as we have a kitten and we have never had motorised toys for previous kittens so I was keen to try these out particularly to see if they are worth the money and also how well they worked and did our kitten enjoy them. With regards to reviewing the deluxe litter box I was fascinated to see if it was as efficient as it looked and again was it worth the money.

The PetSafe® Deluxe Crystal Litter Box System is an innovative litter box that is designed to work specifically with crystal litter.

The litter box has to be put together, but it is very straightforward and enclosed are the instructions which are very easy to follow, they even have pictures which is always a bonus! Once you have constructed the box you place the pee pad onto the tray at the bottom. You then simply empty one bag of PetSafe premium Crystal Litter into the box. The Crystal Litter is blue in colour. I did think our kitten would be a little put off by using a different style container and also a different litter texture but after a little investigation he climbed straight in and got to business (proud parent moment).

Now all cat lovers will know that when your bundle of fluff uses a litter tray your nose tends to start twitching very quickly due to the smell. However, when our kitten used the Deluxe Crystal Box we did not notice any major smells. One bag of the crystal litter lasts for about a month as we only have one kitten. The more cats you have using the litter box the more frequently you would need to change the crystal litter. All I needed to do was remove the solid waste daily. The crystal litter absorbs the urine and dehydrates the solid waste which controls those nasty whiffs (bonus). As the tray is lined at the bottom with the absorbent pee pad this acts as an extra layer of defence and it catches any excess urine the crystal litter does not manage to absorb. Due to the vents which are on the underside of the litter box this encourages the air to flow under the crystal litter which lengthens the freshness and life of the crystal litter. Previously I was forever sweeping up cat litter which had been flicked across my kitchen floor from either the kitten attempting to bury his little packages or shaking his feet as he walked away from his toilet break. The design of the litter box incorporates an anti-tracking grid to the front and high sides; this not only keeps the crystal litter in, but it also meant I didn’t have to keep sweeping the floors. There is the option of placing the scoop on the side of the litter box using a sticky hook but this is a personal choice. I was not keen on this idea so mine was stored away. At the end of each month depending on usage you simply empty and clean the litter box, refill with the crystal litter and pee pad and away you go.

Now I know what you’re thinking that this is a very expensive litter tray and I must admit prior to testing it I did think the same but if you look at what you’re getting in the deluxe box you have enough to get you started for at least 2 months and now I have used it, not literally, obviously our newest addition to the family our kitten Alvin did all the hard work, this is something I will continue to use and is far more superior and more effective than traditional cat litter. I would definitely recommend this product.

FroliCat Cheese Automatic Cat Teaser is a peek-a-boo toy. The toy is in the shape of a slice of Swiss cheese. There are indentations on the sides of the cheese to make it look real and on each side there is a hole which a mouse’s nose pops out randomly. My kitten thoroughly enjoyed playing with this and it was a joy to watch how animated he became especially when trying to work out which side the mouse would pop out next.

What I liked about this was it has a timer so it automatically turns off after about 10 minutes so the batteries last longer, there is also a feature where you can set the cheese to randomly activate to start which I thought was a great idea especially when we went out as we knew he would not become to bored. It uses 3x AA batteries which are not included. This is a toy for any age of cat and not just a kitten, after all what cat doesn’t like mice.

The only negative about the Swiss cheese is the sound of the motor which operates the mice. It is quite loud which could be off putting for your cat if it is nervous of sounds. The Swiss cheese in my opinion could have been in the colour of cheese to make it look more realistic but again this is personal choice, after all do cats see in colour?

Do not be put off by the price as the Swiss cheese will certainly stand the test of time. Overall this is a fantastic toy which your kitten or cat will have hours of endless fun.

When I removed this from the box it reminded me of a white spaceship and I was keen to see how my kitten would react to something that physically moved. The ZIP laser light is red in colour and requires 3x AA batteries to operate which are not included. This is an automated laser toy which randomly moves around the floor. At the top of the toy is where the laser light is projected from. Once you press the button to activate the ZIP laser toy is moves around the floor spinning and moving in various directions. Initially my kitten was a little freaked out by the motion but soon became mesmerized with the red laser light which provided endless amounts of fun. The ZIP laser light is designed to shut off after 10 minutes which is a great feature as this saves on battery life and also stops your cat from becoming bored with the toy. Now it states that the ZIP laser toy can work its way out from underneath your furniture and out of corners. Well as this is a review I had to put this to the test so I placed it under my table. The results were I have to agree it does manage to find its way out from under furniture 99% of the time after a few rotations, but this seemed to add to the fun with the kitten, especially with the laser light every so often appearing depending on which way the beam was facing. With the ZIP laser light moving all the time meant our kitten was definitely being put through his paces so after a play session he used to crash out. Again, this was quite a loud toy due to the motor which obviously operates the movement of it.

The only concern I would have especially if I had young children that were on the floor while this was operating was the beam. There are warnings which are clearly displayed on the ZIP laser light warning you about the beam which was great to see but in my opinion you could not have this toy operating if you have children that sit, lay or even at crawl stage due to the risk of them accidently getting the laser light in their eyes.

Overall this was a unique cat toy that I have not seen before and is something that our kitten will have endless amounts of fun with for many years I have no doubt.

The sly fox hides in his den, waiting to shake his fuzzy tail at the un-expecting cats.

The FroliCat Fox Den Cat Teaser is white in colour and is the shape of a dome with a little opening on one side. The fox tail is ginger with a white tip and does look very convincing when it flicks out. I initially thought surely the kitten would think now where is the rest of the body to go with that tail, but I’m an adult and not a kitten clearly. To the kitten it was something that was teasing him and just when he would go to investigate or pounce the braver he became the tail would disappear. This toy does really simulate their stalking skills and watching the kitten think he was hunting was very sweet to see as after all it is something all cats do naturally and this cat teaser just imitates natural behaviour. The toy has an automatic motion sensor which can turn its self-off when not being used which is great especially on saving battery life. You can set the cat teaser to an all-day play mode so when the motion sensor is activated it will start. The Fox Den cat teaser takes 3x AA batteries which are not included. The fox’s tail randomly flicks out and then disappears. Out of the three toys my kitten has played while reviewing on my behalf this was his least favourite and again it’s down to personal choice as no two animals are the same on what they like and dislike. The motor appeared to be the loudest out of the all three toys and I think this was one of the reasons my kitten was not keen on it. Don’t get me wrong he did show interest in the cat teaser but his attention span was not as long as the other two.

Overall testing all four of these products was very interesting. The Deluxe Cat Litter tray without a shadow of doubt in my opinion was the best value for money purely for what it did. It looks sleek and the crystal litter is amazing. Each of the motorised toys was different and encouraged different types of play and my kitten clearly had his favourite which was the Swiss cheese. One negative was out of three toys was the sound of the motor as it seemed rather loud in all three toys. Now I know what you’re thinking now you have sat and read my review is the price of the toys. If you wanted to purchase one toy that would last then you cannot go wrong as this would be a toy that would be played with from a kitten through to an adult as what cat doesn’t like to play and get up to mischief.

Overall I was pleased with all of the products I reviewed and would recommend them without hesitation.

For more information or to buy online visit petsafe.net. 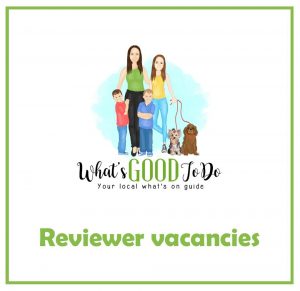