I had to smile when the postman delivered my new children’s wall sticker from Stickerscape. Being a sticker company they went all out with the stickers and added a lovely touch, a sticker aimed at the postman asking him to be careful with the package.

But this wasn’t the last time I smiled with the lovely presentation of my parcel, on opening the tube I was greeted by a lovely green Christmas cracker. I am guessing that this is an everyday occurrence because it did make taking the sticker out of the tube a lot more practical. I made the mistake of putting the sticker back in the tube after opening it and it wasn’t as easy to get it out this time round. But a nice green cracker definitely helped put me in the festive spirit with it being December.

When I initially opened up the sticker and took a look I was well and truly overwhelmed. I’m not very creative and I was a little panicked that I was going to have to individually organise all of the stars and circles to make the steam trains steam because of how it was laid out. Luckily the first cut I made was between the steam and one of the carriages. Because of the angle I cut the sheet at it was now clear how it should be laid out. I followed the instructions as best as I could, bearing in mind I had an excited toddler helping me out. We laid out the cut out sections on the floor and he decided which order he wanted the animals in. Together we used a credit card to scratch over the sheets as per the instructions, although I’m not sure I did this the right way up. We even used the card to make sure it was stuck to the wall properly, again little hands helped Mummy do this section.

We followed the suggestion of starting with the end carriage and this worked really well. Unfortunately, I did come up against a few issues whilst trying to do the stickers. Firstly, the stickers kept sticking to the backing paper rather than the clear transfer paper. Originally I kept re-sticking the transfer paper and the backing paper back together, after a few attempts I just gave up and starting unpeeling from the backing paper and sticking back to the transfer paper making sure that I hadn’t fully unpeeled it so that the positioning remained the same. Towards the end my little boy got very excited that he had found a little bit of a sticker that I ‘had left for him’. Actually, I had accidentally ripped off one of the giraffe’s ears. Luckily I just peeled it off and stuck it in place and unless you look closely you can’t see. Unfortunately, I can imagine this being very easy to do on the fiddly bits and I had noticed it nearly happen with a number of the animals arms.

It all worked out in the end and I had a fantastic finished steam train. Our little boy was over the moon and as it is positioned just above his bed he was telling us about the tiger that was in his room. It was a great learning tool as we used it to practice naming the animals and it gave him a chance to choose how something looked in his bedroom. I would definitely do this again, the instructions were clear but as some of the images had such small elements they rip easily without noticing. Unfortunately, I don’t think this is something that can be fixed.

Available to buy from Stickerscape here. 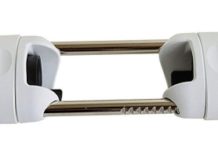 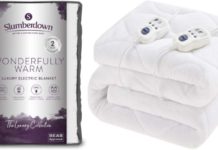