SET TO RAISE ROOFTOPS FOR THE SECOND SUMMER

WITH LIVE PERFORMANCES IN LONDON FROM JACK SAVORETTI, DRY THE RIVER AND DJ SETS FROM MYSTERY JETS AND GHOSTPOET

The DISARONNO Terrace is back with a bang for its second summer and is kicking off at London’s coolest rooftop bar, Golden Bee, on Wednesday 24th and Tuesday 30th June.

The Disaronno Terrace London will be sound-tracked by live performances from the hottest new talent around; including incredible Italian sing-songwriter Jack Savoretti, who will be bringing a little bit of Italy to the UK and British vocalist Ghostpoet, who will be taking to the decks on 24th June.   East London’s alt-rock band, Dry The River will bring the Terrace alive, whilst the wonderful Mystery Jets will spin some of their favourite tunes to create the ultimate roof top party on 30th June.

Jack Savoretti quotes: ‘I am really looking forward to opening The Disaronno Terrace series and bringing a touch of Italy to the UK’.

Last year’s series took the UK by storm and saw thousands of cocktail and music lovers rock-up to see Charlie XCX, Alt J and The Maccabbes on the decks and watch live performances from singer-songwriters Nick Mulvey, Rhodes, Teleman, Honeyblood and lots more and this year is set to be even bigger and better.

The events launch in the capital at Golden Bee, a stylish, mirror-ceilinged DJ bar, with a colourfully lit roof terrace on Singer Street, Shoreditch, before touring the cultural hotspots of Bristol, Manchester and Edinburgh. To apply for complimentary tickets, Londoners must visit the following website, select your chosen date/venue and enter your details: www.disaronno.beoriginale.com.

The Disaronno Terrace will then head to Bristol for the first time on 8th and 15th July to take over the Square Club on Berkeley Square. The events will then return to Manchester’s magnificent courtyard at The Oast House for 29th July and 5th August, before ending its tour in Edinburgh at The Loft Bar during the famous Edinburgh Fringe Festival on 19th and 26th August. Watch this space for more line-ups.

Over the past five years, the DISARONNO Terrace has made an international name for itself touring likes of New York, Milan, Rome, Tokyo, Madrid, Amsterdam and Los Angeles. 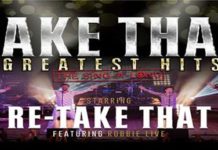 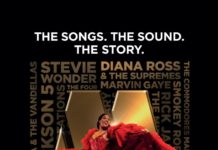 I Always, Always Get My Way by Thad Krasnesky Review

Al Murray One Man, One Guvnor at The Lowry Review

Of Mice and Men at the King’s Theatre Edinburgh Review