I arrived at the Oxford Playhouse to watch this performance a little uneasy as this was not the type of show that I would normally choose to go and watch. We were made to feel very welcome from the minute we arrived by all the staff, including one gentleman who went the extra mile to get my heavily pregnant friend a packet of crisps from the bar so she didn’t have to queue – certainly a lovely way to start the evening.

When the show had finished I was reflecting on what I had seen and realised that I would have missed out on an amazing experience if I had not watched East is East. The story is based on a family who live in Salford in the 1970s – a Pakistani father who had married a white British woman and their seven children and the challenges that they face. The language is quite blue so certainly not something to take your young children too but although not something I normally appreciate it didn’t feel out of place or excessive.

I grew up in a multi-cultural city but had never before considered the dilemma’s that a mixed race family must face. The father was portrayed as a staunch Muslim for whom being ‘Pakistani’ was the most important thing. He struggled with the fact that his children were being ‘westernised’ and blamed his wife for siding with the children – particularly as the eldest had run away to be a hairdresser. The youngest son was autistic and was incredibly well acted by Adam Karim. He had massive OCD tendencies particularly with regard to a Parka coat that he didn’t want to take off. It was clear that the father was almost ashamed of his son as he didn’t know how to communicate with him and so resorted to shouting at him or ignoring him. In the 1970s this son would have just been seen as unusual whereas now we recognise autism and are more accepting of it.

For a large part of the show my sympathies lay with the British wife especially when her husband physically abused her for not behaving as he wanted and standing up to him. However, Simon Nagra who played the father gave you an insight into how the father really felt. You saw him genuinely conflicted between his love for his country of birth and religion and his love for his wife and children. Tears appeared genuine and for the first time I began to realise that this man only wanted the best for his family and was trying to achieve that in the only way he knew how – calling on the way he had been brought up.

There were a lot of laughs during the performance, which I guess I had expected, but I hadn’t allowed for the thought-provoking nature of the play. I am really glad that I went to see East is East and cannot recommend it, and the Oxford Playhouse highly enough. 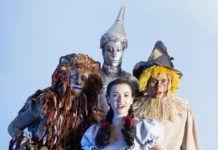 Ballet Theatre UK: The Wizard of Oz at The Capitol Horsham Review 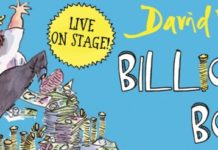 Why is horse riding the perfect leisure sport?