The Facebook Killer is a murder novel in three parts about a man who loses his family and takes revenge in Hannibal Lecter-style.

Dermott Madison is a workaholic banker. On his daughter’s 18 birthday he misses her party as he is working yet again. On arriving home he finds his house on fire and his wife and daughter are dead inside. His daughter has been raped and murdered before the house was set on fire to destroy any evidence. After rushing into the house to try and save his family half his face is burned off and he spends weeks on hospital.

A man is arrested and charged with the double murder but due to a technicality is found not guilty so on Dermott’s release from hospital he decides to get revenge on the murderer. He wants him to suffer as he has suffered, losing his friends and family before he exacts his ultimate revenge. Armed with millions in insurance payments he sets out on a deadly course to find the friends and family of his families murderer using the world’s largest social media networking site; Facebook.

His revenge plan comes to him in a dream with the murderer becoming an apple tree, his friends and family becoming apples, making Madison the apple picker and the police becoming he farmer. His plan is to pick all the apples from the bottom of the tree working his way up to the top.

Overall, The Facebook Killer Part One is an excellent murder thriller told from the prospective of Dermott Madison. It follows his life from a workaholic, mild-mannered banker to a dangerous and deadly serial killer who is losing his grip on reality by creating 3 extra personas to carry his revenge.

This first part has some detailed descriptions of brutal murders and if you are squeamish may not be for you. Although some of the murder situations, electronic gadgets used and the latex masks used to change personas are unbelievable, it is a work of fiction and escapism and does make for a good read.

There were several spelling and grammatical mistakes in the version that I read (these have been corrected in later editions) and there are some problems with attention to detail but as these can be overlooked.

The story ends without conclusion so you do need to purchase the second and I guess third parts to reach a final conclusion so maybe it would be better to just combine in to one novel as this is slightly frustrating.

Despite the small problems I still found this to be a book I couldn’t down and I cannot wait to start reading the second part. If you want a 100% believable story then this is not for you, if you want a read of pure escapism with a good story and don’t mind a spot of brutal murder and revenge that I highly recommend it.

Available to buy from Amazon here. 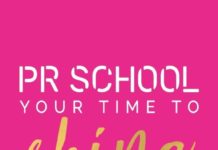 PR School: Your Time To Shine by Natalie Trice Review 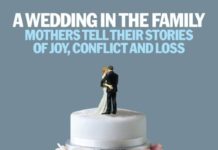 A Wedding in the Family by Annette Byford Review 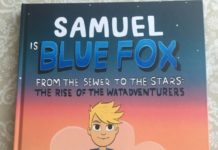 The After House by Michael Phillip Cash Review